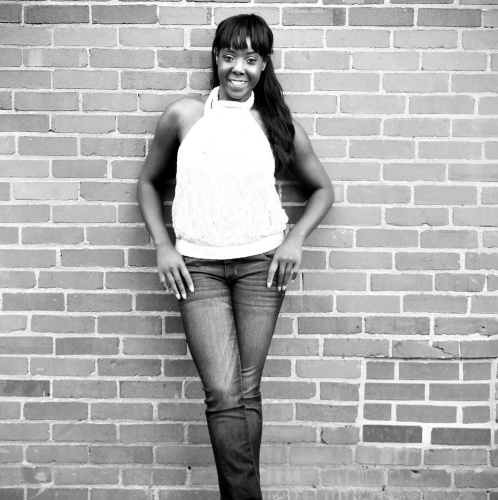 In 2014, there are very few things that jar me to the point of absolute and total hysteria. Men who wear socks and sandals, I let go in the 90’s. Twerking, I gave up as soon as it started and to be honest, the less we talk about Justin Beiber, the better. (Though I did sign the petition to have him deported) With those few exceptions, my moral compass has pointed slightly due North to a place I like to call “Desiree’s Attempt at Happiness”. However, there comes a time when the nonchalance of others makes me question a lot of things.

I am not afraid to say it… * clears throat * I am a 35 year old, college educated woman- with NO children. For some reason, and I can never understand why, but this shocks a few people. On a lovely day, upon the sea a woman asked me if I enjoy my job. “Yes I do”, I replied. “But it must be hard” she continued “being away from your family. Do you have kids?” “No” I remarked . “I do not”. “You don’t?” she asked. And in that moment, it wasn’t the question that bothered me, but her tone. It was as if in that very second, I went from the most interesting person in the world- a cruise ship entertainer; to the saddest, most lonely and unfulfilled woman alive AKA “The Childless 30 Something.”

Now before I continue, this is in NO way a criticism to the mothers out there, because let’s be honest, there is a reason why I don’t have kids. And I am not here to argue about who has it harder. What I am trying to shed a little light on is the world in which I live in, and other women like me. The world where we are not only happy childless, but we are thriving, we are content and where we don’t need your stinkin judgement.

Ok, Ok. That was harsh. So I will just start at the beginning. My mother will be the first person to tell you, that when other little girls were playing with dolls, yours truly was playing “Teacher”. I would come home from school and have my friends meet in the kitchen at my grandmother’s house where she had the alphabet and numbers chart posted, and proceed to go over the days assignments. Confession: I would get so angry when my “students” failed to turn in their homework. I was a dedicated 8 year old professor. And while after a few minutes they would abandon me for other interests, I would sit quietly and create tomorrows lesson plan.

“That sounds so maternal, Desiree. See. You have it in you.” I’ve heard that one before. And that is exactly my point. Have “What” in me? Some overwhelming desire to reproduce? A strong maternal urge to feel the beauty of a life growing inside me? A deep longing of accomplishment knowing that I have created another human being to grace this Earth? Yea, ummmm- no. I don’t have “it”, I don’t know if I ever will have “it” and if I don’t ever have “it” should I be cast out of society as some childless troll? No.

When I think about why I am so ok with being “without child”, I look at my job and my lifestyle. I travel for a living. I have a passport that gets more action than a Kardashian. I am conscience that my job makes it difficult to be in the frame of mind to start a family. In others words, I am one of those women who put her job first. And I have done it proudly. Not so long ago there was a time that I was married, and yes, I did have that picture of the family life in mind. And it wasn’t so bad. But I always told myself, that there was so much I wanted do and see and try to become, before the so called crowning achievement of my life would take place.

Sadly my marriage did not last, and the white picket fence dream I wanted, died. And slowly, so did my desire for children. At least it did for the moment. Who knows what will happen in a year or two or five. For all we know, a husband and a family may be in the cards for me. Or just the husband and countless Sky Miles. Either way, to all my moms out there, do not pity me. Do not pity women like me. We made this choice. This choice to decide if children are an important part of our lives.

Let me be quite frank, America. I admire mothers…and fathers. Yours is a selfless, sometimes thankless, unconditional loving kind of job. The biggest reason why I couldn’t do it, well it’s because right now, that’s not me. I am the most selfish person that I know. I swear like a sailor, drink like a fish and other forms of debauchery that make me a horrible choice to be a parent. I mean honestly, why on Earth would I want a smaller version of that? Sure, you are quick to say “But that’s how you are now.”, and you would be right. But if I decide to spend a grand on a pair of shoes or go to Hawaii twice in one year, I have that luxury. And all because I know, that the world would be a better place without a mini me.

Don’t get me wrong, I have amazing examples of motherhood in my life. I have the best mother in the world and I had the single greatest grandmother that ever lived. I have two best friends who I am not only the Godmother of their children, but some of the best moms/women that I know. I admire them more than words can express. I see their joy when their children succeed and their heartache, when their children are in pain. I know that I could never do that. But, if I were to speak to the future me, who may be a mother, this is what I would ask…

Did you see the world and make mistakes? Did you play hard, laugh loud and never compromise who you are? Did you ask questions and demand answers? Did you fall in love and have you become someone’s ‘everything’. Did you try for a dream that you once thought was impossible, and after you either failed or accomplished it, did you dream a bigger dream? But most importantly, Desiree, do you have a story to tell?”

If I can say ‘yes’ to all of those things, then and maybe then, I can consider myself ready. In the meantime, in the countless Mommie and Me Yoga classes, walking parks and Sisterhood of the Breast Feeding women, judge not the sister who is not with you and rejoicing over the right to have someone cling to her breast. For while that is a beautiful and natural act for you, that’s just another Saturday night for me.

One thought on “The Childless Manifesto or Why My Biological Clock Can Suck IT!”